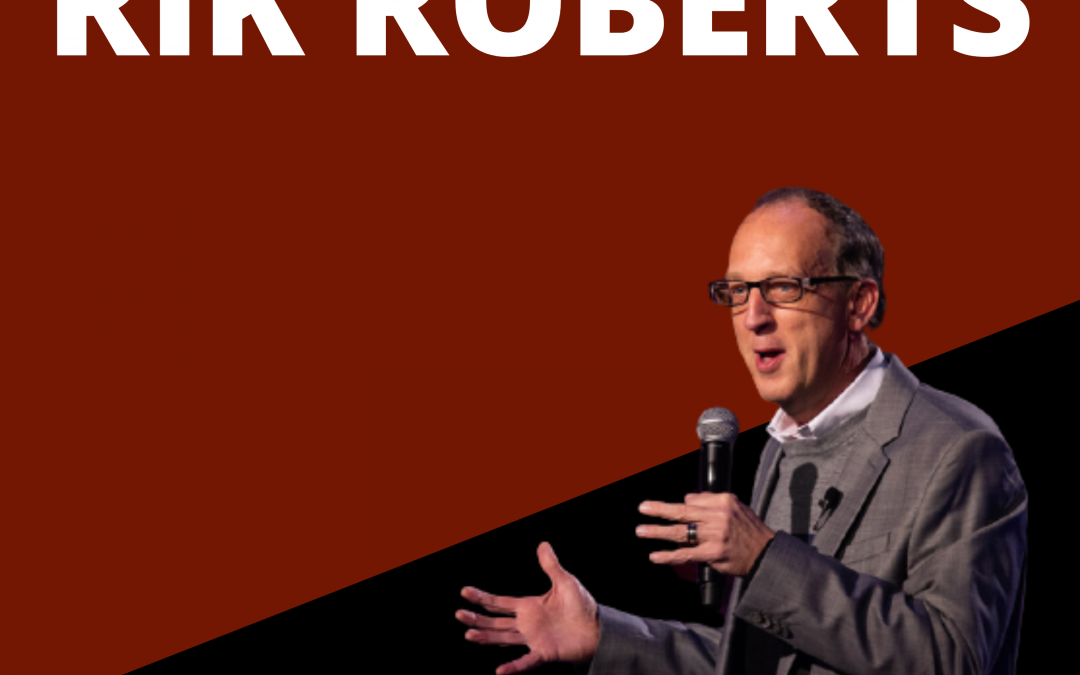 On today’s episode, we have Rik Roberts who says he’s “been held prisoner by the spell of comedy and laughter.”

Robert believes that “everything you do now is preparing you for something you are going to do in the future.”

Rik begins this episode by discussing the last time he had Zack Lyman on his show.

Rik Roberts had worked in stand-up comedy for 12 years before he started to pivot.

He explains how he got tired of sleeping on couches and broke his back during a building accident. And that was when he decided corporate entertainment was where he was meant to be.

Surviving During The Pandemic

Rik goes on to discuss what it was like surviving in the pandemic– not being able to go outside to get groceries or even get the mail. He discusses how important it was to have balance and keep his creative side stimulated.

Rik tells us how it felt to step outside once the weather was calm. He described the feeling as similar to a horse being released. However, this helped him when it was time to return to work.

Roberts also takes on a journey of his experience teaching comedy classes. He talked about how you study comedy, how to add techniques, and when to add them. Roberts says there’s no formula to learning comedy but it was still teachable.

Roberts discusses what it was like having comics who’ve been in comedy for 5 to 6 years come to his class. He tells us how they’re amazed by the new things they learn, like structure, techniques, how they work, where, and why.

Robert narrates a hilarious experience from his school days where he had to host a show and he had spent a total of $6000 in cost but was unable to get anybody to come. He was even unable to pay the band that he had invited.

And this is one of the reasons why working with corporate is so easy you don’t have to worry about getting the word out there or selling out. You just do your thing.

Robert and Zack describe how working out of corporate- with clubs and bars, is a gamble, because if you can’t bring people, or sell out, you don’t get paid.

And this is something that affects a lot of comics when a random popular person on Instagram gets booked for shows, in place of actual comedians.

He explains how easy it is to forget that it’s a business. Most bookers and club owners are trying to sell drinks and tables to make money.

Advice For His Younger Self And Younger Comics

Rik Roberts rounds off the show by sharing some pieces of invaluable advice. He advises his younger self and comedians not to say everything they’re thinking and not to always be honest with people. He goes on to narrate an incident where he wishes he had said less.

Rik Roberts also wishes he had explored more. He says when he was featuring he didn’t explore enough. So he advises new feature acts to experiment like crazy.

He talked about how he was focused too much on the wrong thing. He was more concerned with selling his merch and he says he “misplaced his emphasis.”

Rik says it’s best to get to know your audience, let them be comfortable, get them to know you, and finally bring them into one mindset.

To wrap up his advice for younger comedians, he advises them to try helping the club owners.

He’s also on Instagram as Rikpixart for the art he does in his ‘extra extra’ free time.
Check out his website 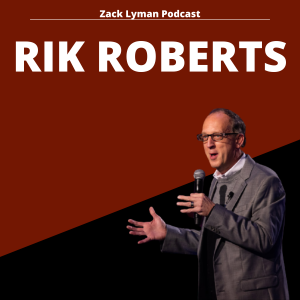