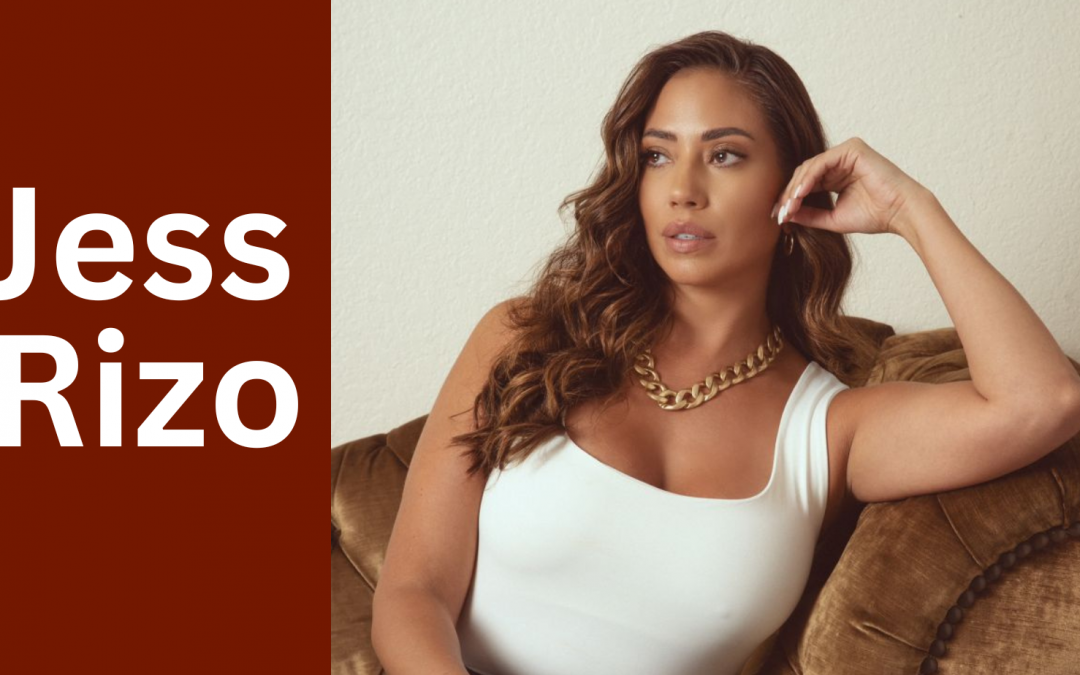 On today’s episode, we have model, actress, and comedian Jess Rizo who lives in Phoenix, Arizona. Jess used to live in L.A before moving to Phoenix. She says “it’s a place that feels just like an L.A except for the beaches.”

Jess Rizo gives us a deep dive into her move into the entertainment industry and the hurdles she had to jump on the way to fulfilling her dream.

Jess Rizo discusses how she used to work in high-end finance – in the lending, processing, and mortgage space. Then, she was sent to L.A for a training program where she was meant to stay for only two months. But as fate would have it, she fell in love with the city. So she stayed in L.A and started her own company with her friends.

Getting Into Entertainment – Jess Rizo

Jess’s budding career in the entertainment industry began in print modeling and commercials. She described print modeling as fun and it did pay the bills but it didn’t require a lot of talent or personality.

She longed for more and that was how she got into commercials.

Jess gives us details about her favorite commercial, which was the one she did for Holiday Inn Express. This commercial was her second/ third commercial ever.

She describes commercials as really short-lived, most times if you blinked you’d miss her. So this didn’t sate her longing, so she started reaching for more.

In the journey of reaching and wanting more, she started taking acting classes. And this is where Jess realized the difference between commercial, TV and film, and theater acting. She got into several acting schools until finally got her big break and landed herself a lead role in a movie. She had to travel to Colorado to shoot this movie. Although, she says ” a lot of things that were out of my control” and she overall described the movie as shit.

Jess tells us she had to humble herself to go into the entertainment industry as opposed to the luxurious life she used to live.

The TV and Film Industry Vs Stand-Up Comedy – Jess Rizo

Jess narrates the struggles of being in an industry (TV and film) where there are so many expectations for you at a certain age.

As opposed to comedy where there’s no time limit as to what you can achieve. In standup comedy, Jess says you are more in control, “you get what you give”. But in TV and film, there’s only so much you can control.

Jess tells us “If I had it my way, I would be a series regular on a show and then on the off-season be on tour for comedy.”

The Struggles of Being A Woman In The Industry

Jess Rizo further weighs in on her struggles as an attractive woman doing standup comedy. There’s a stereotype that attractive women in stand-up comedy have to be goofy and behave in a certain type of way.

She tells us about her time doing sketch comedy before she eventually transitioned into standup comedy. She always got the “omg you’re a comedian, you look like a model”.

When Jess first performed at the comedy store, a year and a half into her career, there was an assumption that she was involved with or knew someone who got her the position.

But in actuality, she had put in the work necessary to get her that spot. Jess tells us how she networked with fellow comedians and bookers to earn her spot. Although she had a little help from luck.

She believes in putting in your 10,000 hours into anything you are really passionate about.

Jess does a deep dive into the mindset of several comedians- how they feel like something is being taken away from them when other comedians book certain shows or get some opportunities.

During her time in L.A, Jess Rizo had started her show Comics Unleashed. She has a residency at House of Comedy where she hosts Comics Unleashed on the first Wednesday of every month.

Jess also does other shows at the House of Comedy and different locations.

Jess Rizo can be found on Instagram as justjessrizo. You can also catch her on her new podcast-ish show on House of Comedy called “Shoot Your Shot.”

Since The Podcast Episode – Updates From Jess Rizo

Since the podcast, Jess Rizo has been busy acting. She was recently in episode 1 of Mayans on Hulu and FX .
Plus many current commercials are in rotation. Here is a list of a few

Also, Jess Rizo will be recording half an hour of comedy in May of 2023. I will update this with more info as it is announced. 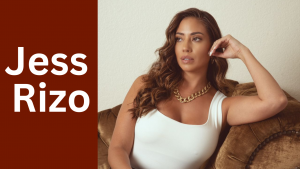