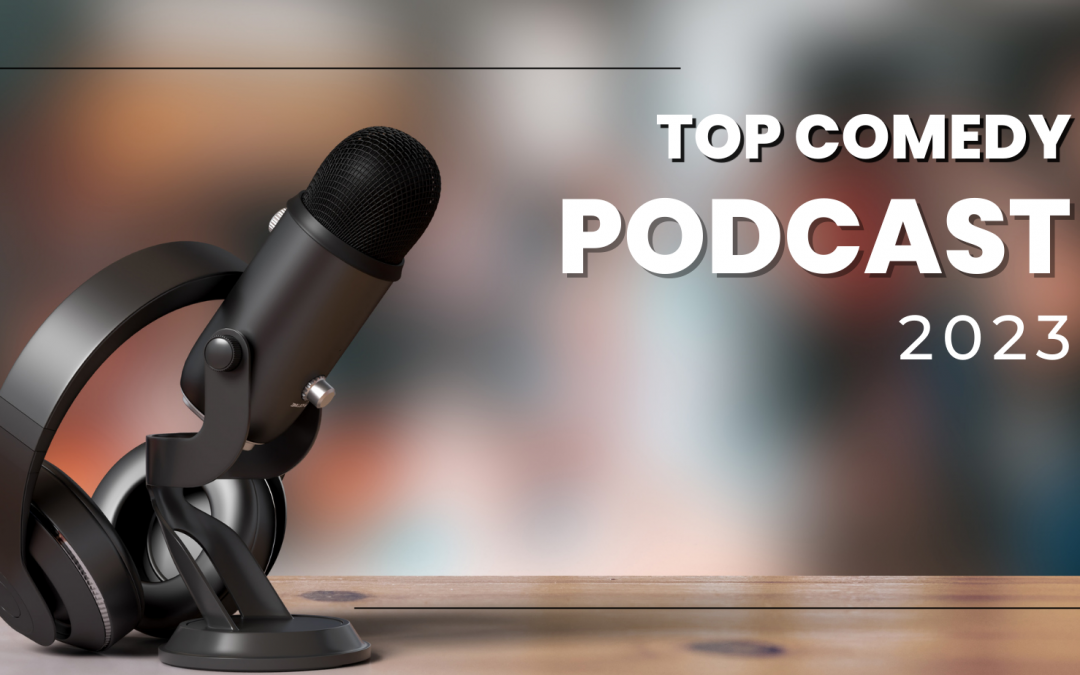 If you’re looking to dive into 2023 on a fantastic note, filled with laughter, giggles, and tears of joy, then comedy podcasts are certainly the way to go.

There is no better way to enjoy that ride home or to the grocery store, laundry, shower, or spring cleaning than by sprinkling a bit of humor. You get the job done and you have a smile on your face, a win-win!

Here’s a concise list of comedy podcasts you should tune into in 2023, that are sure to turn your frown upside down.

Taking first place is this podcast hosted by none other than actor, TV host, and sports commentator, amongst other things, Joe Rogan.

This podcast features a spicy list of guests from actors to comedians, musicians, and numerous other famous people. These people come aboard to share exciting details about their personal lives– past experiences, and secrets as well as discuss serious matters.

Each new episode is as joyous as the next, although viewers seem to particularly love Episode no #1169 where Rogan has Elon Musk on the show. So if you’re looking for a place to begin, that’s a good start.

Every episode lasts for 2 – 3 hours and airs thrice weekly.

This podcast is hosted by Zack Lyman– a stand-up comedian, who has been featured on the Top 80 on Apple comedy podcasts and mentioned in Vulture magazine.

Every podcast episode is filled with Zack and his guests having light-hearted conversations about various matters including what each guest does and why they do it. A fantastic episode, to begin with, is an episode with Mary Kate Wiles, where she discusses her role as Vicky on the Nickelodeon series, Fairly Odd Parents.

Worthy of mention, is Zack Lyman’s new TV show, The Big Laugh which also airs in 2023. Now you have another thing to look forward to in the new year.

How Did This Get Made

If you love satire, then you’d love this podcast hosted by Paul Scheer, June Diane Raphael, and Jason Mantzoukas.

How did this get made is a podcast that takes on the world of movies. A great episode to give listen to is where the trio discussed Super Mario Bros with American actress, Jenny Slate.

HDTGM’s guests usually range from comedians to actors. The trio along with their guests rip apart new movie releases as they discuss their flaws while making fun of themselves and cracking dumb jokes.

Each episode dissects a chapter of his father’s intriguing hobby alongside the reactions of Alice and James. Speaking of intriguing, Season 1 Episode 1- The job interview, is everyone’s favorite episode and certainly an episode that no one should miss.

A new episode of this hilarious podcast airs every Monday.

WTF With Marc Maron is a podcast hosted by comedian Maron where he discusses topics like comedy, culture, current events, and more.

Marc Maron has spent several years in stand-up comedy and entertainment so his take on these topics is far from boring. Sometimes Marc also talks about his personal life.

His podcast features celebrity guests like Jim Norton, Robin Williams, Ray Liotta, and former President Barack Obama. If like the rest of us you’d love to have a little peek into the former President’s personal life, then you must check out episode 613.

Marc releases a new episode every Monday and Thursday.

And that concludes our list of the top five comedy podcasts of 2023. Their invigorating and hilarious content is bound to set your new year off to a great start. 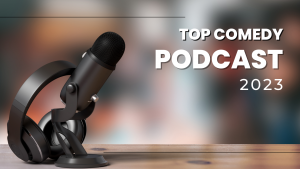