Comedians are probably the biggest culprits of content recycling. Most times, we’ll tweet a joke, post it on Facebook, and maybe make the joke at an open mic. Later, there’s a video of us making that same joke. That’s the same content, but you put it across multiple platforms. You get different eyeballs on that content, and I think that’s important for any content creator. 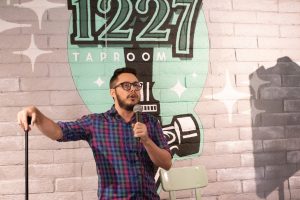 I’m trying to get better at recycling my content because I do podcast episodes, and I’ve never video recorded them. That’s recently changed. I started video recording my solo episodes because I want these nuggets of information to reach more people. I got tired of just doing those audio ‘grams of a wave going up and down as someone’s talking. That’s generally okay, but it’s not a video. It doesn’t leave much room to connect with your audience. I’m trying to get better at this because I think it’s so important.

In recent weeks, I’ve been playing around with uploading all my TikToks to Pinterest. And they’ve been getting some views, which makes them more searchable because if you type in “cold brew coffee” on Google and see a video about my cold brew, you’re more likely to follow my channel or my TikTok. This way, my video gets more attention compared to when it’s only on TikTok or Instagram.

Now, I try to post each piece of content on different sites. I think that’s a great way to reuse old content or promote newer posts. I recently started playing around with YouTube #Shorts, and I am baffled! It is so good! I’m honestly blown away by the response. I say that because I’ve uploaded a few videos onto my YouTube channel, which I don’t use much anyway. A joke I uploaded onto my channel got 600 views, which was great. I uploaded a video about Coffee Fest. I received a gift box, and I uploaded a video about it. There still wasn’t much of a reaction.

But I made this fun TikTok that got 6000 views right away. I was beyond thrilled. I was all kinds of stunned that 6000 people saw my video. On the content recycling scale, that was a win. So, I’ve just been uploading, and the number of views varies with each video. One video will get eight views, and another will have over 1000. And that’s great, considering I don’t have much of a fan base on YouTube. So, I highly recommend YouTube #Shorts. It’s a fun way to repost some of your TikTok videos.

YouTube is part of Google, so posting YouTube #Shorts will make your videos available on Google searches. That could mean more subscribers or more interest in your other content. Instagram reels, on the other hand, don’t guarantee followers. I can get 10,000 views on an Instagram reel, but that doesn’t mean anyone’s going to follow me. But after getting 6000 views on a YouTube video, I got nine new subscribers. So, I highly suggest playing around with YouTube #Shorts. Make sure you add relevant hashtags, including #Shorts. I’ve been making sure those are in there because it helps promote the video.

I’ve been looking at Facebook memories, going through old tweets, looking at old jokes, and trying to see how I can restructure them. So, how can I bring this content to my current followers? I mean, an old idea isn’t always a bad idea. See, if I remade my jokes from three years ago into a short TikTok, it’d be high-quality content.

You still need to be tactful about it, though. You can’t just re-upload an old clip of you on stage. You can find a way to make it fresh, maybe recreate it into a selfie video. Vertical videos are popular right now. So, you can turn your old horizontal clip into a fun vertical video you can post on TikTok. Just take a new approach to how you do it because good quality is necessary for such platforms. Once you’ve recreated or re-edited your old clip, you can also post it on Pinterest and YouTube. You need to ensure that the clip has the right aesthetic for your platforms.

Although it’s good to recycle your old content, it’s also necessary to create new material. My next step will probably be an update on how Lou and I are doing with our writing. It’s been great. We gave ourselves six months to write a one-hour set; that’s ten minutes a month. Sounds easy, right? Believe me, there were some months where I barely made it, but I pulled through. One of my goals for 2021 is to finish with the marketing side of things. I’ve been creating more content. 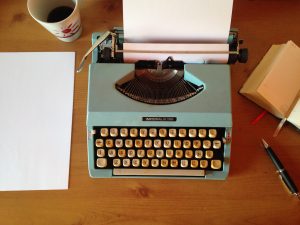 Want to step up your comedy? Check out my other blog posts.

Want to support a local comedian? Check out my merch available right now!

A Beginners Guide to Starting Stand Up Comedy in 2023